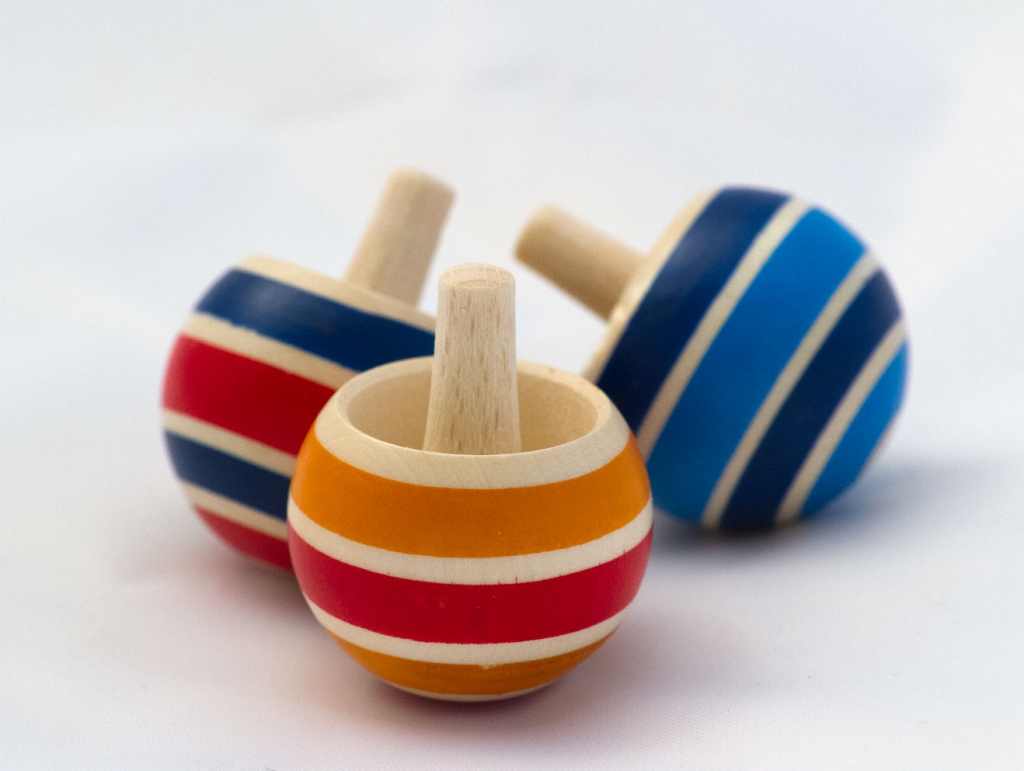 The headstand gyroscope was invented by the Munich nurse Helene Sperl, who received patent No. 63261 for it from the Imperial Patent Office in Berlin on October 7, 1891. The patent claims included, in addition to the spherical shape, the fact that the center of gravity of the spinning top must be below the center of the sphere, giving it the characteristic of a standing manikin, and that when at rest, it must always have its stem pointing upwards. It is true that it had been known for some time in magician circles that a sphere with a concealed lead insert and thus an eccentric center of gravity turns upside down when it rotates rapidly, so that the lead is no longer below but above the center of the sphere. However, it required great skill to turn the ball fast enough. Helene Sperl solved the problem in an ingenious way: The sphere was hollowed out at the top, shifting the center of gravity downward, and a stem enables even the layman to set the spinning top in rapid rotation.

Bring the spinning top into rapid rotation. The surface must have a slight roughness, such as wood. On smoothly polished surfaces (glass, varnished wood) it does not like to do headstands.
© Klaus Hünig